“Angry right-wing voters and liberal absentees put Trump in the White House in 2016,” according to the group. “In 2020 the same unholy team could keep him there.”

The letter asserts the signatories’ belief that progressive voters who confer their ballots on Green Party candidate Hawkins vote for a candidate with no realistic chance of winning and spoil their vote, contributing directly to the reelection of President Donald Trump. 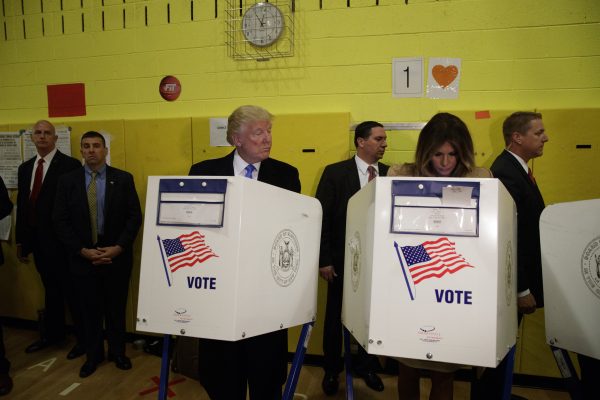 “Such pious gestures will produce catastrophic results,” the letter reads. “Four years ago, Trump carried Michigan, Wisconsin, and Pennsylvania, which lifted him into power, by margins of less than 1 percent. He would have lost all three if the votes cast for the Green Party had gone to Hillary Clinton instead, let alone the votes of the many thousands of progressives who failed to show up at all.”

The letter was signed by 172 environmentalists and environmental activists, such as the former director of the Environmental Protection Agency’s Office of Civil Enforcement, Eric Schaeffer, and author and conservationist at the National Audubon Society, Carl Safina.

“This is not the year to make a utopian statement or to waste a single vote. This is the year to unseat Donald Trump,” the letter states.

“Twenty years ago, the Green Party snatched the White House from a climate change leader and handed it to George W. Bush,” the letter reads. “In Florida, no less than 97,488 progressive voters snubbed Al Gore for Ralph Nader, letting Bush win the state, and therefore the presidency, by 537 votes, or so the Supreme Court ruled.”

The signatories describe Joe Biden as a progressive candidate. “During eight years as vice president, he nudged President Obama toward better environmental policies,” they state. “Now he has a plan to invest two trillion dollars in a lifesaving program to arrest and reverse the catastrophe of man-made climate change.”

According to his Biden Plan, the Democratic Party candidate has vowed to “build a more resilient, sustainable economy—one that will put the United States on an irreversible path to achieve net-zero emissions, economy-wide, by no later than 2050.” A core tenet of his environmental plan is to transition the production of electricity across the United States away from fossil fuels such as coal and natural gas by 2035. In the process, Biden says, he will ensure the creation of “millions of good-paying jobs” while combatting climate change.

In its election platform, the Green Party sets a more ambitious goal of transitioning to 100 percent renewable energy by 2030—and of creating 20 million American jobs in the process. If elected president, Howie Hawkins says he will declare a climate emergency on the first day of his presidency. According to the party platform, this would entail enacting an emergency Green New Deal—”a WWII-scale national mobilization”—to combat climate change, which the party calls “the greatest threat to humanity in our history.”

The Green Party candidate also describes himself as a socialist. “Trump acts like he’s debating a socialist, but Biden’s no socialist and doesn’t want a debate,” Hawkins stated Monday. “Voters have a right to hear more voices and if Trump wants to debate a socialist, name a time & place and I’ll be there.”

Hawkins has also said that he would slash military spending by 75 percent, while the Green Party’s “Democracy Agenda” involves abolishing the electoral college and the U.S. Senate.

In a Sept. 9 interview on Fox Business News, Environmental Protection Agency (EPA) Chairman Andrew Wheeler lauded the Trump administration’s energy and environmental policies, which he said had made the United States “energy dominant” while reducing atmospheric emissions by 7 percent since Trump took office.

The EPA has also focused on a broader range of environmental challenges. According to a recent statement by Andrew Wheeler, “Water issues are the most immediate environmental issue facing the world right now. Under President Trump, EPA is driving water infrastructure improvements forward with common-sense regulations.”